Rendez-vous avec Mère Nature (Meeting Mother Nature)
In August 2019, Yuri Z and Pauline Rrrrrrr collaborated on a series of installations on the backside of Aspen Mountain. This work explored the intimate and complicated relationship between humans and the natural world. The artists used sculpture, poetry and video art to create several installations depicting the physical form of Mère Nature [Mother Nature], her voice, and her concerns about the effects of living with humans on/in her body. 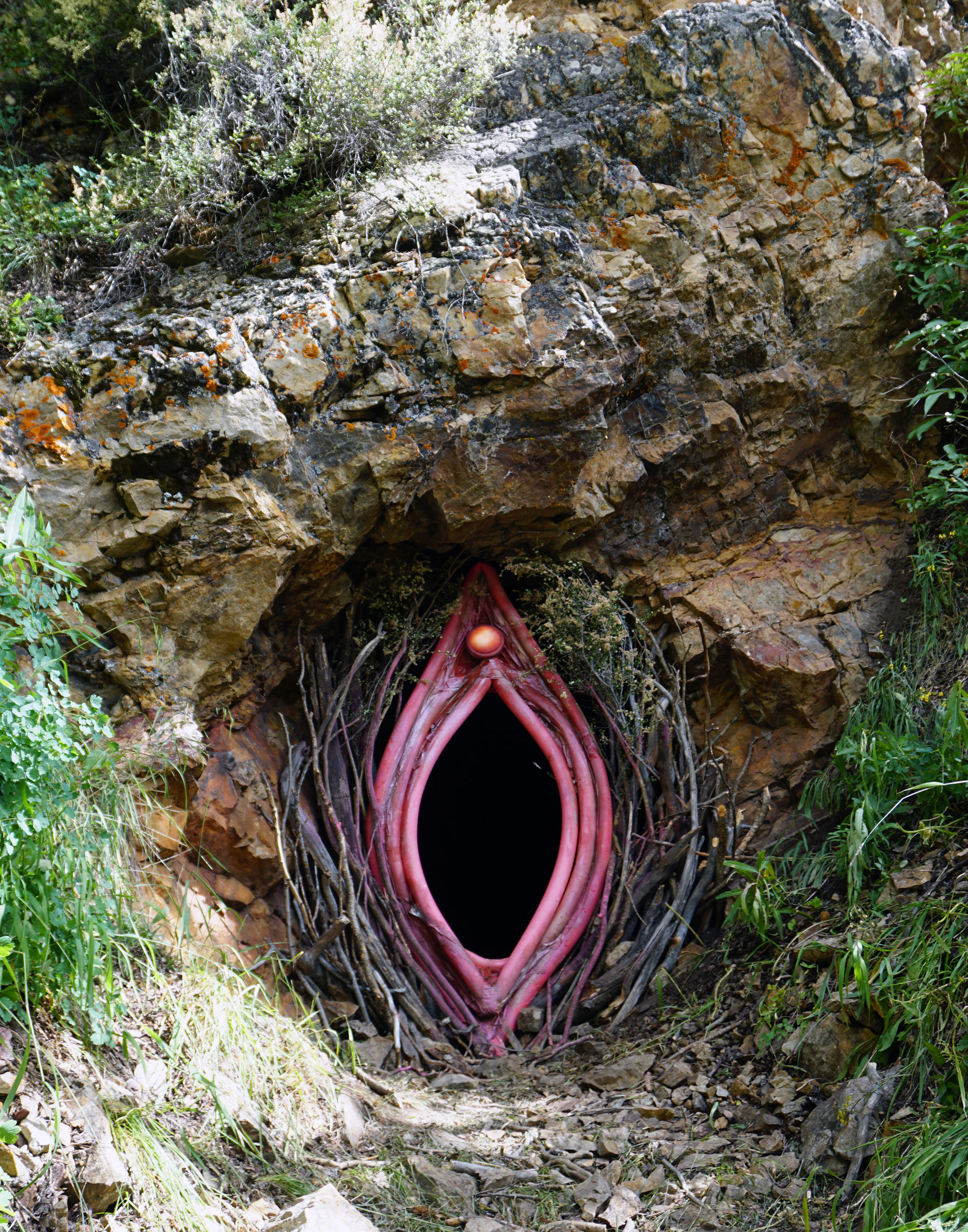 Visitors enter through the vulva of Nature 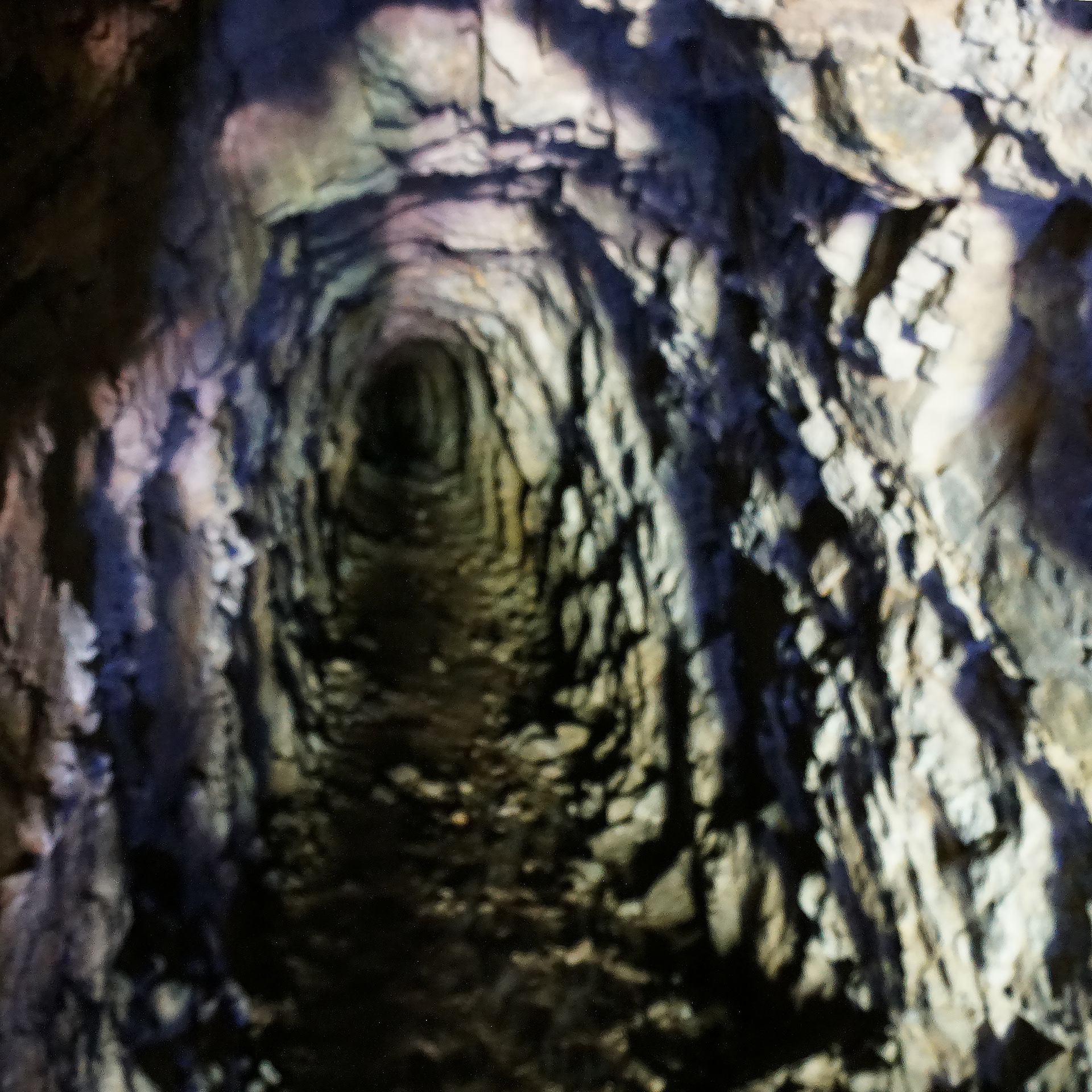 They traverse the vagina of solid rock deep into the mountain, encouraged to chant, sing and vocalize, creating resonance and abandoning fears... 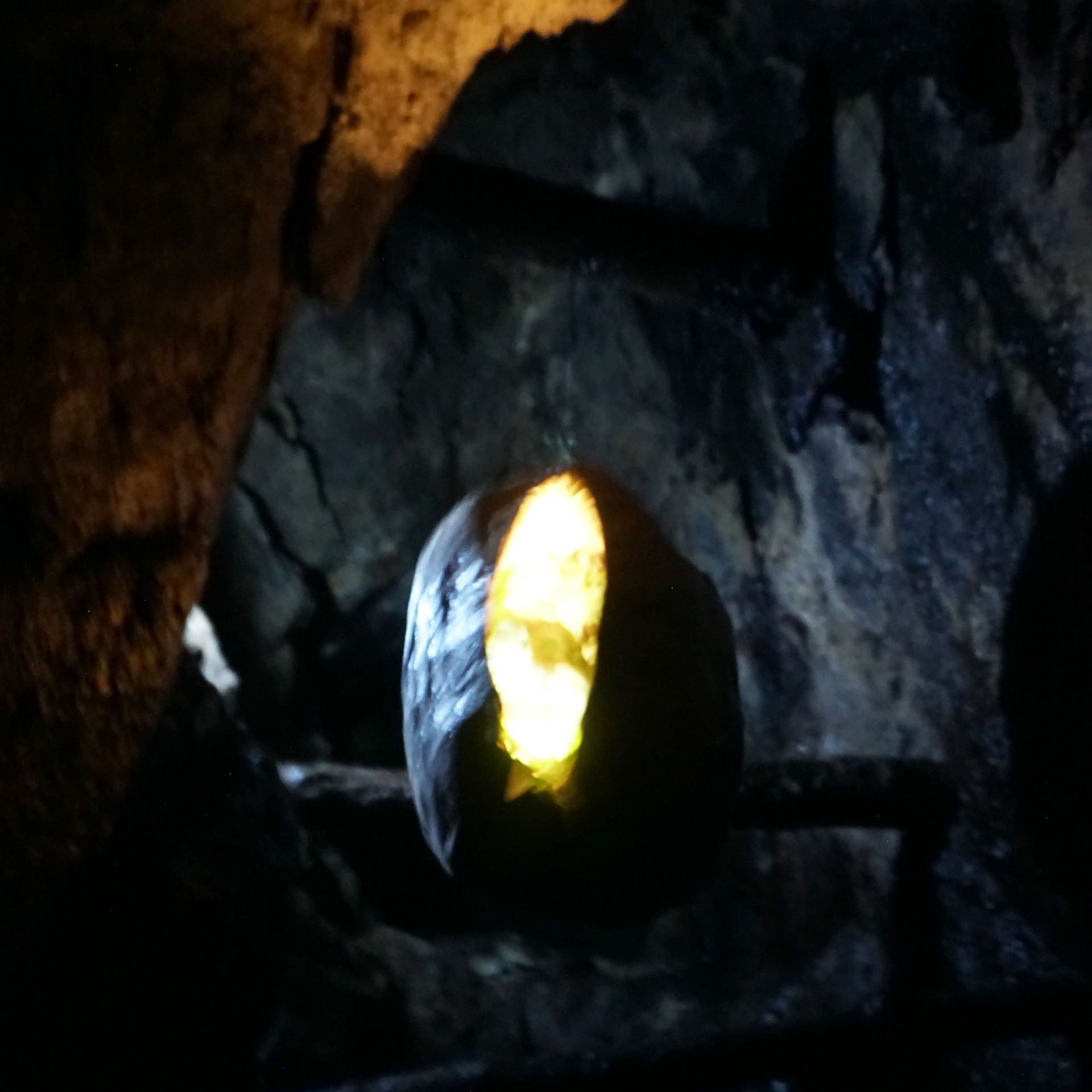 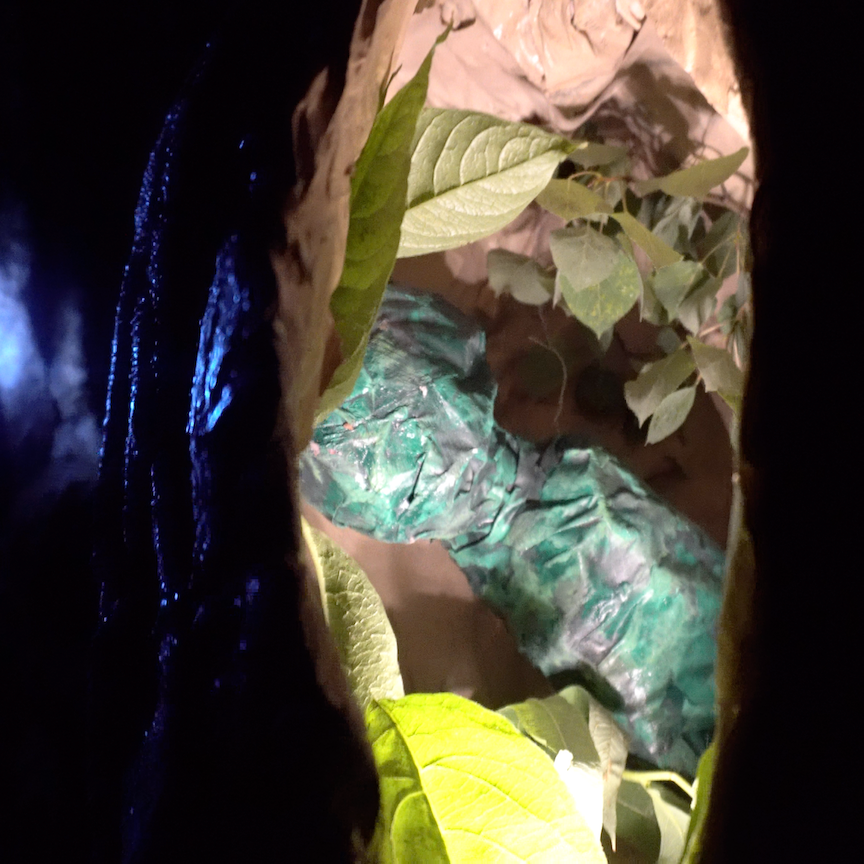 A fetus of Nature is found growing, glowing in a ovum of light and leaves. Visitors and rest and reflect as long as they like here... 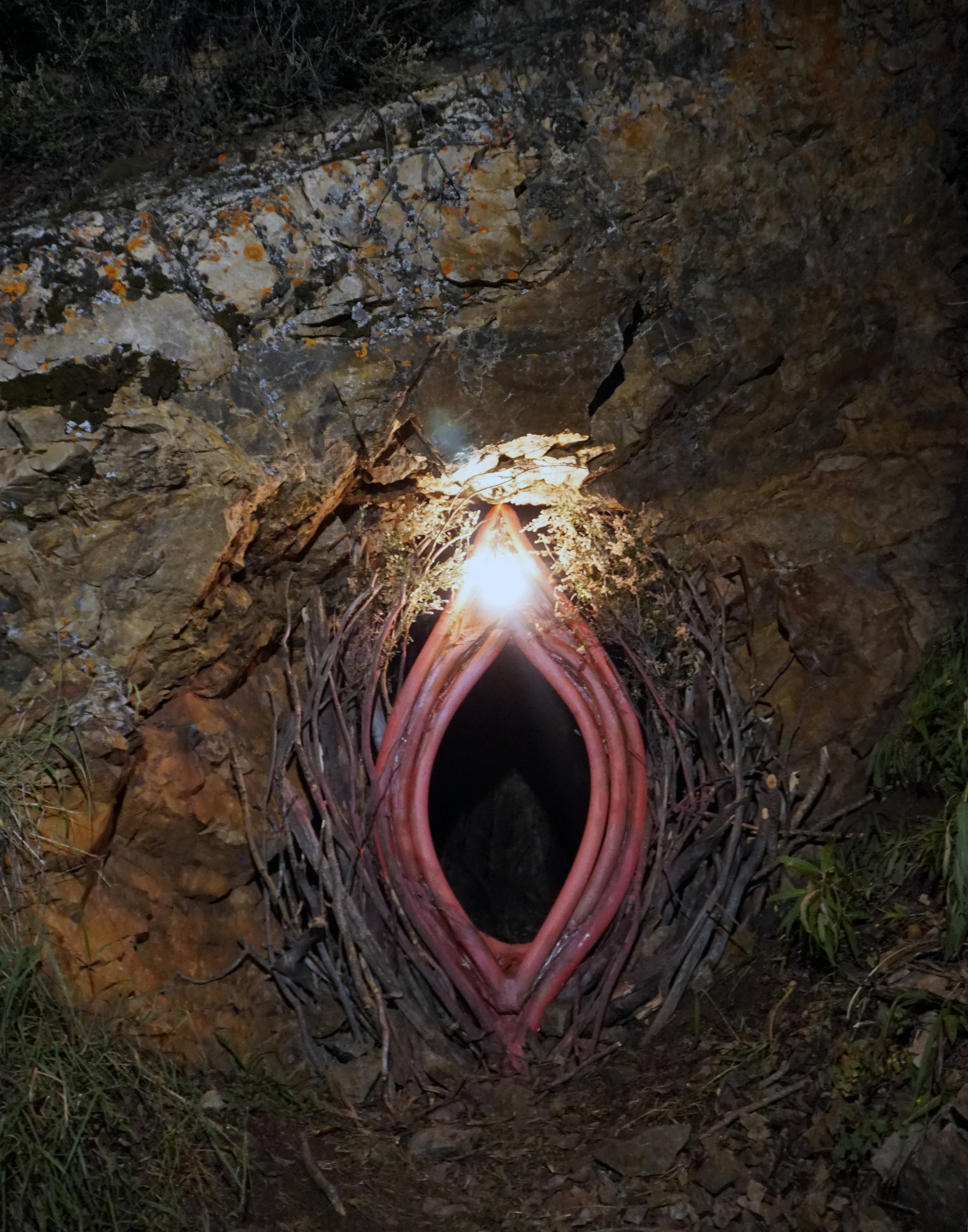 After making their way through the long birth canal of Nature, visitors are reborn into the world, reborn from the source of all life on Earth

An abandoned silver was transformed into her reproductive organs: vulva, vagina, and uterus at the end of the mine over 100 meters deep in Aspen Mountain. In her womb, intrepid visitors discovered that Mère Nature was in fact pregnant with a glowing green fetus. The artists encouraged visitors to sing and chant and play with the incredible acoustics of the mine shaft while making their way back to the entrance of the mine shaft where they were ‘reborn’ into the world through the labia of Mère Nature.
Feral Clocks
100 LED clock/radios installed in natural settings, 2014
When time has run out for us humans, there will only be an ambiguous vestige of our idea of 'time'. As civilization disappears from environments, numbers flash and radio static buzzes as the clocks go feral. This work was inspired by firefly mating signals, cicada songs, and the eerie post-storm ambiance when all the clocks in the house are blinking after a blackout, when the sense of time is temporarily suspended.  It's also an exploration in the encroachment of technology on nature, McLuhan's view of technology as a natural outgrowth, and the idea of an Elan Vital (life force) inherent even in machines.
↑Back to Top